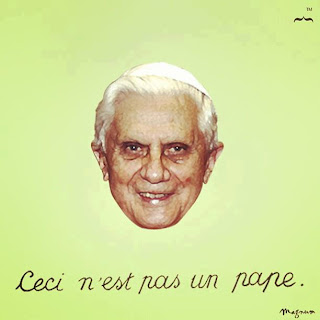 Exceptions are the rule. They are the barber who shaves everyone in the village who does not shave himself; the spy who declares he never speaks the truth; the science of probability.

Much great art seems to be about exceptions, in the sense that great art often embodies a paradox. I'm thinking of Magritte's "Ceci n'est pas une pipe". The painting clearly depicts a pipe, but it's greatness lies in the fact that the truth that it is in fact a painting and not a pipe is put in our face. The painting of the pipe would not by itself be impressive art. The combination of the painting and the caption make it great.

A beautifully rendered landscape is great to the extent that it captures a truth while not being the truth. We can appreciate the true beauty of a landscape without having the experience of art, but the painting gives us more, because ..."ce n'est pa une landscape".

Psychologists have found we have two modes of thinking: a fast intuitive mode, and a slower, more methodical rational mode. We tend to prefer the first. Neuroscientists have found two distinctive neural systems: an inarticulate, holistic system that attends to relationships among individual entities, and an articulate, precision system used for manipulation. The first system deals with love, the second system science. It boils down to two opposing ways of being in the world, a fundamental conflict which has been variously termed:

In another post, I've talked about this dichotomy in terms of High Context and Low Context knowledge.

It's possible to look at much art in these terms, as evoking the basic contradiction in the ineffably, indescribably unique nature of every living moment, and the need for us to generalize experience into crude categories to even think about it. Man v. Nature is the struggle of an individual against the laws of the universe. Romeo and Juliet is the the attraction of opposites. Movies are about one man's struggle against the odds.

Once I start looking, I find the conflict of the Exception and the Rule everywhere. An evening's TV shows me Dan Draper firing his friend and colleague, the admirable Laine, on ethical principle, rather than making an exception and forgiving him out of love. Terry Pratchett's Hogwatch concludes with the observation that Santa Claus, the Easter Bunny, the Tooth Fairy, and the like are necessary to train children to believe in little lies, so they will believe in Truth, Justice, Morality and the like when they are older. Because science and logic just don't get you there on their on own. Faith and Reason are contradictory, parallel, and omnipresent.

In life and in art, exceptions are the rule.

If you prefer less introspective fare, my other blog is for the more practical and professionally-minded reader